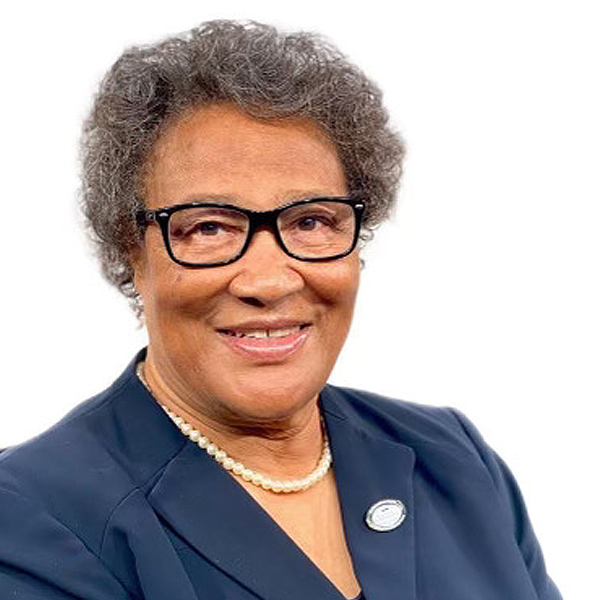 Dr.Erwin has served at Antioch Missionary Baptist Church and has served in numerous capacities and with that she brings a wealth of knowledge to Watts Grove.

As Pastor of Watts Grove Missionary Baptist Church, Dr. Erwin, has created many new ministries, such as the New Members Ministry, Married Couples Ministry, Children’s Nursery and Intercessory Prayer. Dr. Erwin is a true educator at heart she has demonstrated this through her commitment to teaching God’s Word. She has created Deacon, Deaconess, Leadership and teaching classes. She is also constantly encouraging our youth through programs such as Grovefest, Youth Explosion, Harvest Festival and Summer Camp, to keep our youth involved at Watts Grove. She invisions more for our church. 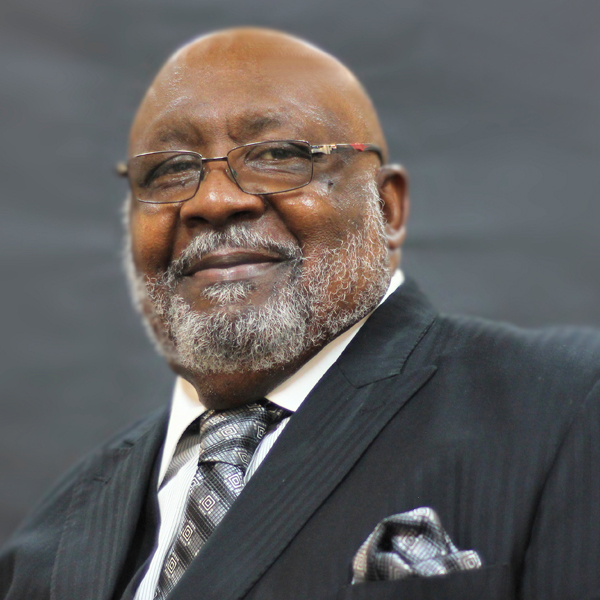 In addition, he is a Lott Carey executive board member, 3rd degree Prince Hall Mason, and serves on the Wadsworth Estate Foundation Committee and past Second Vice Moderator of United Missionary Baptist Association, past Evangelism and Late Night Chairman for the General Baptist State Convention, presently is the National Baptist Convention Board of Evangelism. Pastor McGowens is well known and highly respected for his dedication and exemplary leadership, and credits his success to passion, faith, and hard work, qualities he exercises in all of his endeavors. He has received a number of honors including being inducted into Alpha Chi National Honor Society, recognition as Man of the Year by Jack and Jill of America, The Man of the Year Religion Award from the Charlotte Queen City chapter of National Women of Achievement Inc., special recognition from the General Baptist State Convention of North Carolina and Lott Carey Foreign Mission Convention for leadership in missions education and evangelism. He has received Honorary Doctor of Theology Degree from The North Carolina School of Theology and The St. Thomas Christian College of Jacksonville, Florida for leadership in the areas of education, evangelism, and missions. Inducted into the Who’s Who Among Professional and Executives of America, Who’s Who Black Leaders of Charlotte and the Princeton Global Registry for his demonstration in Academic, Professional and Personal Excellence and inducted into the Charlotte’ Who’s Who Black Leaders of Charlotte. Visionary for the MLK, Jr. Celebration commemorating Dr. King’s Birthday in Charlotte, North Carolina. Is a published author of a Marriage and Family Relationship books entitled “The Real Flava of Luv” and “The Dating Game” and Love and Marriage, Heaven At Home and Family Matters, A Stewardship booklet entitled Recognizing The Owner, The Call to Discipleship and Ingredients of Worship. Despite a naturally altruistic position, Dr. McGowens further impacts the community through his involvement with several charitable and cultural organizations. Dr. McGowens has been featured in both the National Baptist Convention, Inc. and the National Baptist of America and several state conventions and associations. Graduate of Washington High School in Greenville South Carolina, played basketball for Greenville 76ers semi pro basketball league. Retired from Milliken & Company after 20 years of service for full time Pastoral Ministry. Pastor McGowens is married to the former Terry S. King McGowens and to this union they have 5 children and 17 grandchildren and 1 great grand daughter, Autumn Denise. 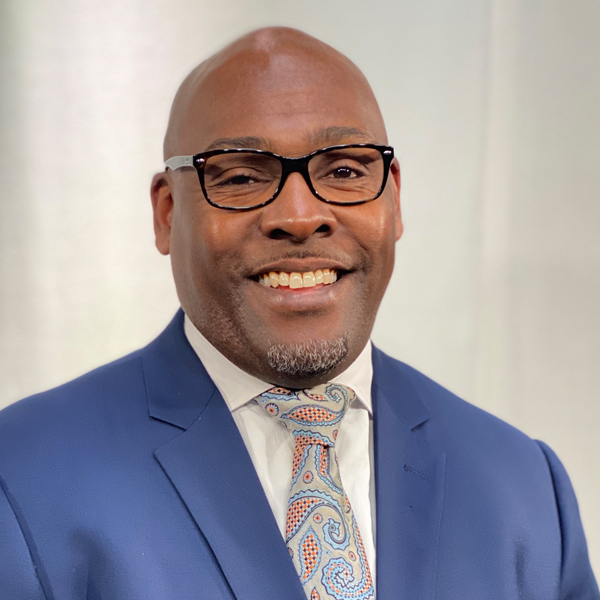 He is a 1994 graduate of Shaw University where he received the Bachelor of Arts degree in Religion and Philosophy. He is married to the former Kronski Pridgen and they have one daughter: Kimani and one son: D.K. II

Rev. Ferguson has been employed and active in many church related organizations.

Past Member of the Board of Directors, Program E.A.S.Y. (Educational Alternatives for Suspended Youth) Wilmington, NC

Past Member of the Board of Directors, Good Shepard Ministries, Wilmington, NC

Past Co-chair of the Ministerial Roundtable of Wilmington, NC

Past Vice-Basilues of the Beta Nu Chapter of the Omega Psi Phi Fraternity, Inc.  Former Chairperson of the Presbytery Board of the Middle District Missionary Baptist Association

He was selected for the 2005-2006 edition of The Heritage Registry of Who’s Who of Americas Professionals.

Rev. Ferguson served as the Historian and as Statistician for the General Baptist State Convention of N.C. from 2006- 2014.

He served as Pastor of Shiloh Missionary Baptist Church, Wilmington, NC. for 13 years. 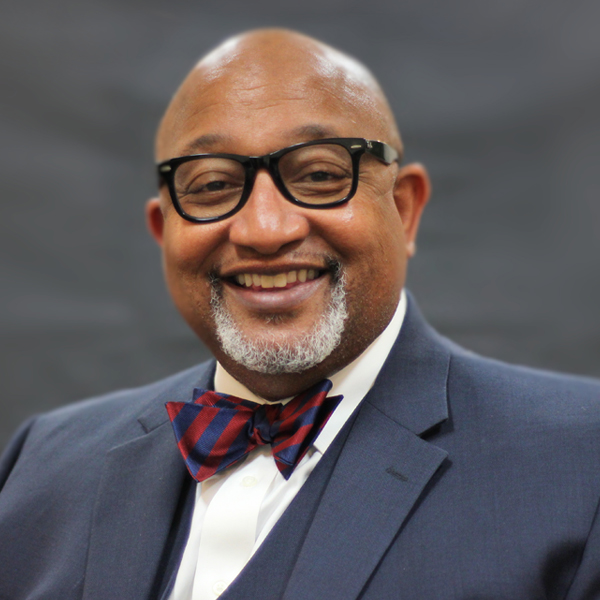 Rev. Dr. Major Stewart, a native of Muskegon, Michigan. He is born again and accepted the call to the preaching ministry and was licensed at 26 years old. Dr. Stewart has been serving as a senior pastor for 22 years and is currently serving as the senior pastor of Greater Mt. Sinai Baptist church in Charlotte, North Carolina (since November 2016).

Major’s passion for community outreach is seen in his capacity to draw the church into the world rather than the world into the church. His challenge to Greater Mt. Sinai Baptist church is to show the world the love of God by feeding the hungry, quenching the thirst of the thirsty, providing shelter to the homeless, looking after the sick, clothing the naked, showing compassion to persons living with mental health issues and visiting the incarcerated.

Rev. Dr. Stewart is also a Board Certified Chaplain.  He is a Certified Instructor in the National Baptist Congress of Christian Education, where he teaches How To Minister to African American Males Youth. Yet, Dr. Stewart works to contribute toward his community as a member of NAACP, Leadership Charlotte, Alpha Phi Alpha Fraternity Incorporated and a participant in the West Boulevard Neighborhood Coalition. Dr. Stewart developed an enormous passion for mission work. He traveled to Turkey and Asia Minor (tracing the footsteps of the apostle Paul) in 2001; to Monrovia, Liberia, on a mission team in 2005; and to Israel with United Theological Seminary pilgrimage team in 2009.

Pastor Stewart has been blessed to publish two books to date:

He was married to Carla Brooks-Stewart until her untimely death, and they are parents of three daughters and one grandson.